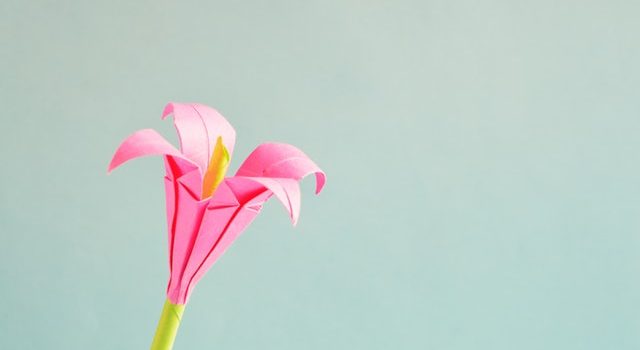 The art of origami dates back to the 1600s in Japan. We are all familiar with this art form in one way or the other. It is an art of folding of a square sheet of paper to a moving structure by employing only folds and turns. There are some basic folds and turns which lead to complexity and then to the final desired art. So, let us try some origami for ourselves.

How To Make an Easy Origami Butterfly

Take a square sheet. This video provides a very good explanation about making a paper butterfly. It does not require any scissors or pencils. All you need is a square sheet of paper. It is so easy and can be made under 3 minutes once you learn the way to make it. It is a super easy way for your children to learn making butterflies. These butterflies can be used as wall hangings or can even become a part of the wind chimes near the windows. They will surely help add a dash of colour to yours or your child’s room.

Take a 13×13 cm square sheet. Fold the sheet diagonally in half. Then follow the subsequent steps according to the video. It is a simple and nice way to make fishes. You can make colourful fishes using different colours of the sheet. You can use these fishes in art projects, or even science projects to depict the marine life. They can serve as wall decoration of your room. You might even gift a card pasting these on it to someone who loves fishes or is graduating in water body related subjects.

Take a square sheet for now we move on to make a dog out of it. Fold the sheet diagonally in half. Make a crease and then fold it diagonally in the other direction. Then make the corners of  the sheet meet at the center where both of the diagonals meet. This will result in a smaller square piece of sheet. Now open it and thus we have a crease and then fold the corner to meet the point of the last crease on two side. Now we have a corner outwards on one side. Now fold the sheet in half. Now back fold diagonally. Look up the video for further info about the ending:

How To Make a Paper Dog (Tutorial)

Fold the sheet in half diagonally. Then again fold it in half diagonally. Now open the second fold, we get a crease. Now take the edge and fold it inwards to some degree which forms the ears of our dog. Now fold the upper edge onto the backside slightly as well as on the lower side. Now draw the eyes and mouth for the dog. So, our dog is so ready. For step by step video tutorial look up:

How To Make Paper Fish

Take a square sheet of paper. Join the two opposite ends diagonally. Thus, we get a crease Open it back and fold it in the other direction in the same way. We get two intersecting diagonals of the square as creases. Now fold it in half in the middle, fold it in half once more, we get a small square. Open the small square sideways to get a triangle, repeat the step with other square as well. Thus, we get two triangles adjacent to each other. Now fold the edge of one triangle till the middle of it, give on more fold. Open it back. Repeat the step with other side of the triangle. Now draw the eye of the fish on the other side. Thus we get a cute fish of paper. For an easy illustration look up:

How To Make a Paper Home

Take a square sheet. Then start by making a straight crease on one side. Check for exactness, then open the sheet back. Now fold one edge till the previous crease i.e. it is half of the previous. Then fold that once more, then fold it backwards in half perpendicularly. Now open it and again take half to fold. Make a firm crease at the ends. Fold from the other end in half. We have a small square with four even smaller squares on it. Now open any two adjacent squares to make triangles. Now flip it. Now draw the detailings on the backside (a door, one or two windows, or even tile details on the roof or walls). Puff the roof a bit to get a better look. We get a nice house. We can make the house in various colours. For the better understanding of the procedure look up:

Hope you have fun making these origami art projects. You can even play with them afterwards. This will further increase your interest in the art form and you can learn methods to make more crafts using origami. They surely bring out the creativity inside you. 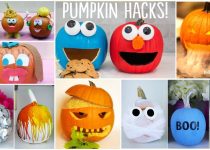 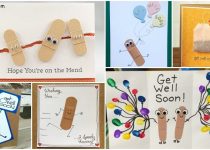 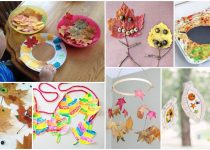