by K4 Craft Staff
in Decorations, Halloween
A A
0

October 31st, the spooky night, horror costumes, trick-or-treat and how can we forget jack-o’-lantern. Yes I am talking about the most awaited and fun holiday, halloween. Did you know that halloween was actually designated as a day to ward off ghosts and ghouls and that too just a day before All Saints day. It’s a Celtic holiday but is celebrated all over the world. Kids dress up in ghosts and monsters costumes and spooky masks. There are even halloween parties where pumpkin pies and juice are the major treat. Here, I am going to tell you some amazing ways to carve your pumpkins for your Halloween party. Read on to find out. 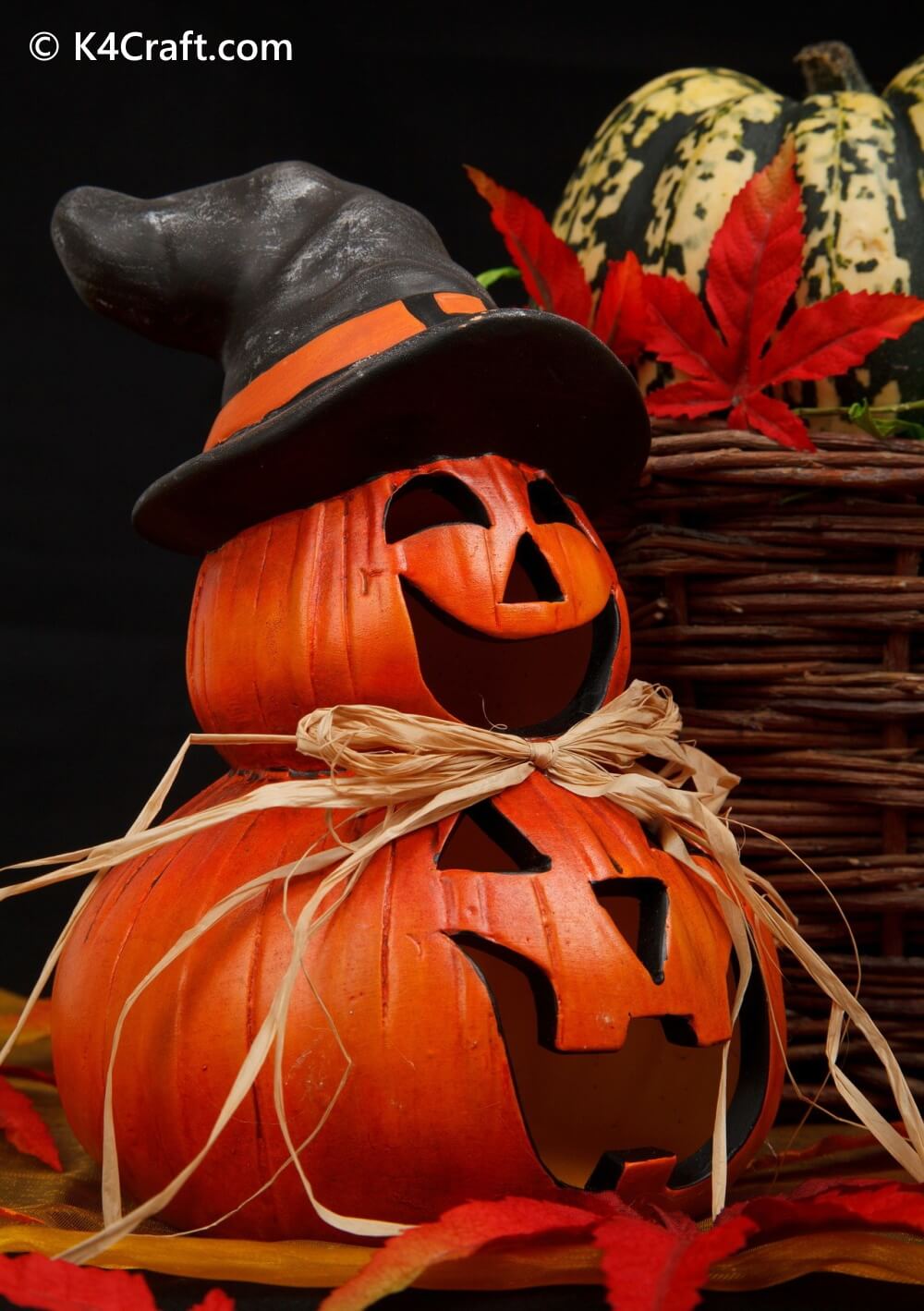 You may also like: 30 Pumpkin Decorating Ideas For Halloween

Here I am going to tell you how to make that perfect spooky jack-o’-lantern. Take a pumpkin and cut out the top in the shape of a star. After cutting the top part, clean the pumpkin by taking out all the pulp. You can use the pulp for making pie or juice. Now, take some print outs of spooky emojis. You can even make it on your own in a paper or just simply draw it in the pumpkin itself with a marker.

Now, crave out the eyes carefully with a knife. Don’t forget to make the eyeballs. Cut out the nose and that spooky smile of the jack-o’-lantern. Remove the marker lines with a wet cloth or by simply rubbing a sponge on it. Do the detailing. Add the top which you had cut out in the beginning. Now, for the final touch keep a small red tea light inside the pumpkin and switch off the lights. Watch the spooky effect.

There are many ways to carve a pumpkin and make it look exciting and spooky for a Halloween party. There’s an amazing idea for a creepy pumpkin look. Cut out the top of the pumpkin and clean it out. Carve a nice jack-o’-lantern in the pumpkin. Take a bowl of water and place it inside the jack-o’-lantern. Try not to spill it. Now important tip: put on your safety glasses and gloves as we are going to use dry ice for this project.

Use tongs for picking up a piece of dry ice. Put it carefully in the bowl of water inside the jack-o’-lantern and watch the smoky, creepy effect that dry ice brings. You can use this trick for your halloween party. It would definitely be amazing and would be the talk of the Halloween.

Have you ever imagined how amazing a pumpkin with a brain would look for the Halloween? It would be super creepy and amazing. It’s really easy to make this. Just take a pumpkin and draw a line all over the pumpkin with a marker. Make the face beneath the line. Now just above the line make a circle and cut it out. Take out the flesh from the hole. Now just cut out the thin outer cover of the pumpkin on the line.

Remove the skin above the line and then carve out the brain. With a blunt tool just carve the outing of the brain in the pumpkin. Take another pumpkin roughly of the same size and cut out the top. Use this to cover the brain in a creepy way. You can even make a slime and keep it in the mouth like it’s oozing out of it.

Halloween is the most awaited holiday for the kids. This Halloween engage your child for Halloween decorations. Select some small pumpkins and make some holes for eyes, nose, mouth and hands. Now just insert those toy eyes that you get on the face and continue the process. A cute Mr. potato pumpkin is ready. You can even cut out different coloured felts for the eyes and mouths and stick them to the pumpkin.

Try to make it look more cute. Another idea would be cutting out designs in a sticky paper and sticking it to the pumpkin. Now, use some washable paint and paint all over the pumpkin. Add glitters while the paint is still wet. After you are satisfied by the amount of glitters leave it to dry and then take out the sticky paper. It looks really cute and can be done by the kids too.

Halloween is a busy holiday. With preparations for food and costumes it becomes a bit difficult to take out time and decorate the house. Here I am going to tell you some easy diy last minute ideas for decorating. Take a large size pumpkin. Take a styrofoam ball and some black pipe cleaners. Cut out eight pieces of the pipe cleaners and fold them a bit to make it appear like the legs of a spider. Paint the styrofoam ball in black colour and make eight holes in it. Insert the pipe cleaners to the hole so that they remain fix.

Take some googly eyes and stick on the front. Your spooky spider is ready. Take this spider and fit in on top of the pumpkin by making some holes on the pumpkin. Also add some small plastic spiders on the pumpkin. Another simple idea would be to take a ridged pumpkin with sharp ridges and then painting each ridge with a different colour. There are many such last minute ideas that you can try. For such ideas, watch the video below.
last minute ideas

Well if you don’t want to use real pumpkin for decoration then this one’s for you. You can easily get those cardboard pumpkins in a grocery store. Take a cardboard pumpkin and draw the face of the pumpkin. Cut out the top portion. Now, cut out the mouth. Take two styrofoam balls and draw eyes in them. Stick these balls on the pumpkin. Cut out a piece of colourful paper for the nose. Take some cookies and keep them inside the pumpkin and close the top. A nice pumpkin hack for the perfect halloween is ready.

Why to buy a readymade jack-o’-lantern when you can make one for yourself? I am going to tell you some easy ideas which won’t only be a decorating idea for Halloween but you can even use it to decorate your house for the rest of the year. First one is an easy one. Just take a small small pumpkin without any ridges and then paint it with any colour you want. After it has dried, write some cute words like “Boo!!” or draw an emoji.

For giving the Mummy look to your pumpkin, take a gauge cloth and apply glue at one end and start wrapping it around the pumpkin at any patterns and then at the end put some glue and stick it. Separate the strips with hand to give it more realistic look. Now just stick some googly eyes to it and your mummy pumpkin is ready.

Want to make your pumpkin look extravagant rather than spooky? Take a small pumpkin with no ridges and start applying glue. Take some fake stones or sequins and start sticking them to the pumpkin till the whole of it is covered. Leave it to dry. These method looks really good and doesn’t even require much effort. Another method would be taking all the old nail paints and pouring them in a container of water.

Meanwhile paint your pumpkin white and leave it to dry. Take the pumpkin and dip it in the container. You would see all the nail paints are now in the pumpkin giving it an unique pattern and mix of colours.

These were some easy DIY pumpkin carving and decorating ideas that you can try during halloween. You can even decorate your pumpkin and keep it as a room décor. Do try these ideas with your kids. Keep smiling and Creating with K4 Craft.

Light Decor Ideas to Light up Your Home