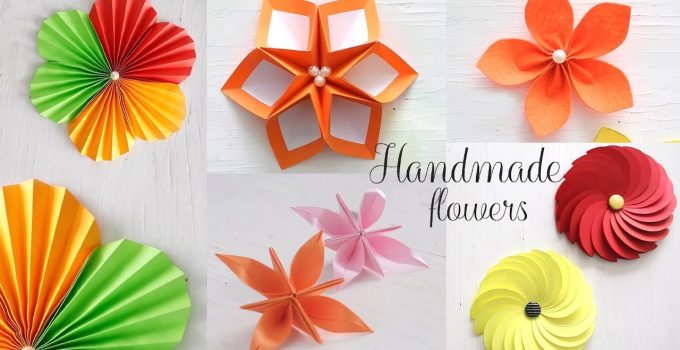 Let us make eternal flowers using coloured paper sheets. Using different kinds of paper sheets gives rise to different effects in flower making. Each texture has its own grace and beauty. The folds, curves and cuts will provide us with beautiful flowers. The only downside to such flowers is that they do not give the pleasant fragrance the real flowers give us.

Let us take some coloured sheets and cut them in squares of 3 by 3 cm. Now take one of these squares and fold it in half diagonally. Now again fold it in half from the middle. Now give it a curvy cut at one end. Now open the folds. Make four such flowers and now give different types of cuts to each of these. One shall have a cut on one curve, other on two and third on three and the fourth shall be cut in half. Now start joining the ends of these cut flowers with the help of glue stick. Now take each of them according to size hierarchy and join them base to base. You get a flower. Now for the leaves take a square piece in green colour and fold it accordingly and cut it in a long curvy manner. Now when you open it you get four leaves joined at the base. Now stick these leaves at the base of the flower. For better understanding look up:

First of all get a circular piece of coloured sheet. Now fold this piece in half. Now open the fold and fold it from both ends till the middle and open it and now fold the ends to the next edge and so on. Now turn the sheet upside down and start folding in a zig-zag manner continuing folding each part in half. Once you are done folding, fold the pattern in half and stick the two sides together and take other such arts, maybe of different colours and join them together. You get a beautiful flower. Moving on to the next type of flower. We shall take a bright coloured sheet and cut as many circles of the same size from it. Now fold them in half, leaving one unfolded. Now take the unfolded one and paste the others on it. Now fix the next inside the previous one. This way you will complete the whole circle with many more circles folded in half. Secure a spherical bead in the middle of it with the help of glue gun. Take a coloured square sheet which is 10x10cm in size. Look up for a next design and the intricate folds of this one at:

Let us use some colourful square sheets, fevi stick, pencil and other household stuff to make a flower. Use a glass to mark a circle on the coloured sheet. Now cut this circle out with the help of scissors. You may cut all the sheets together that is marking only one and cutting all of them. Now start folding them in half. Then half perpendicularly. Now make a curve at one end. It comes out as an outer lobe and two smaller inner lobes. Now secure it with the help of gum-stick. Now repeat the procedure with other circles as well. Join all theses lobes on the inside edge with the help of glue-stick. Now once done you may make such from different coloured sheets. Now take a green sheet and fold it in half diagonally and give it a zig-zag fold from the base to the tip. Now fold it in half and secure with the help of glue and stick it to the base of the flower. For better understanding look up:

We need a coloured sheet, glue bottle and scissors. Now make the sheet squared and cut off the excess portion. Now fold the sheet in half horizontally then in perpendicular direction then open it. Cut along the creases. Now fold the small squares diagonally and again diagonally. Now cut from the base edges towards the inside and make fish like fins using the scissors. Give adjacent cuts on the inside. Now open this and you get a beautiful design. Now make the same from the next square. Start folding the inner strip to the middle and secure it there with the help of glue. Now paste it on the top of the other cut piece. Taking the inner strip of the lower flower, fold it along the edge of the inner one and paste it there. Do this with all the sides. You get a beautiful flower at the end of the procedure. You can make these flowers in different colours and you might even place a sequin or bead at the centre of the flower. For better understanding you may look up: 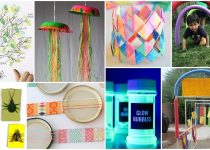 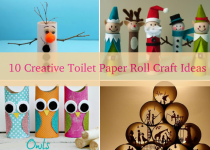