Until I made this craft, I always thought it would be too hard to make a teddy bear by myself. But now, I can assure you that, this DIY Teddy bear is one of the easiest yarn crafts you will ever come across. Select your favourite colours of yarn and get ready to make your own cute cuddly teddy-bear at home!

Supplies You need to make this DIY Teddy Bear

Watch the video below to see the step-by-step tutorial:

First, we will make several pom-poms for this DIY Teddy Bear.

And lastly, we need a tiny black pom-pom for the nose. 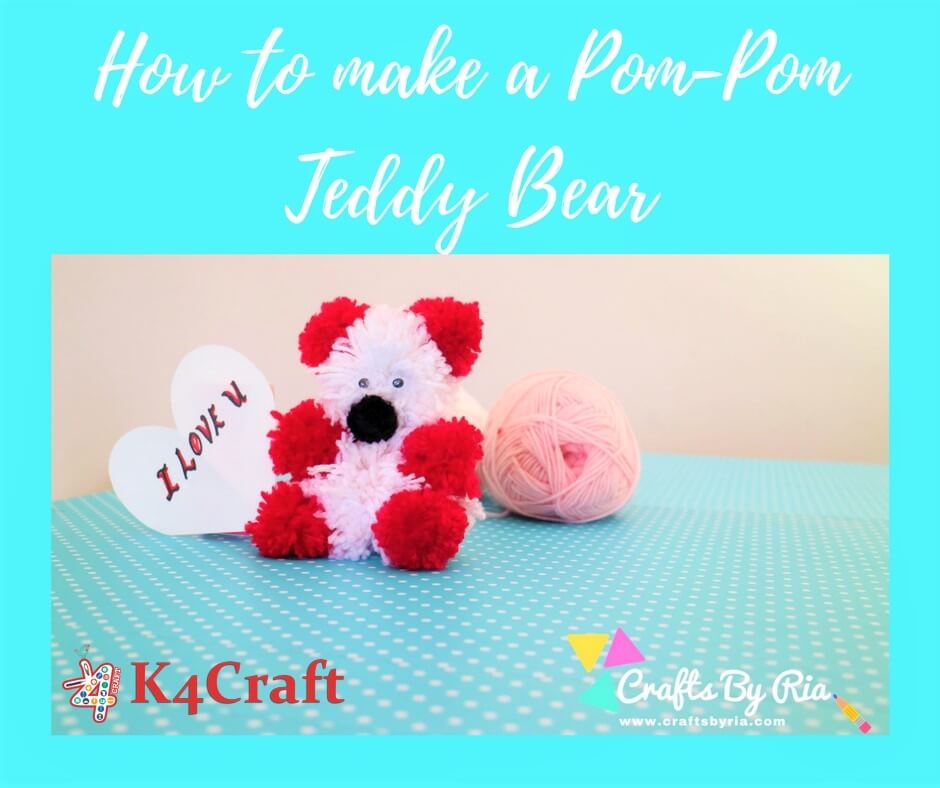 First, let’s make a pom-pom for the teddy bear’s body. Wrap the white yarn around your palm approximately 200 times. This may seem like a very big number at first. But once you start it, you will find yourself doing it like a pro.

Carefully remove it from your palm without unwrapping. Tie a knot using another yarn around its middle part and make sure it is really tight.

Cut open both the sides using scissors and gently fluff it up. Cut off any extra lengths of yarn projecting out. Voila! You have made the first pom-pom for this teddy bear that will form its body. You can cut this pom-pom to form an oval-shape for the body if you prefer. 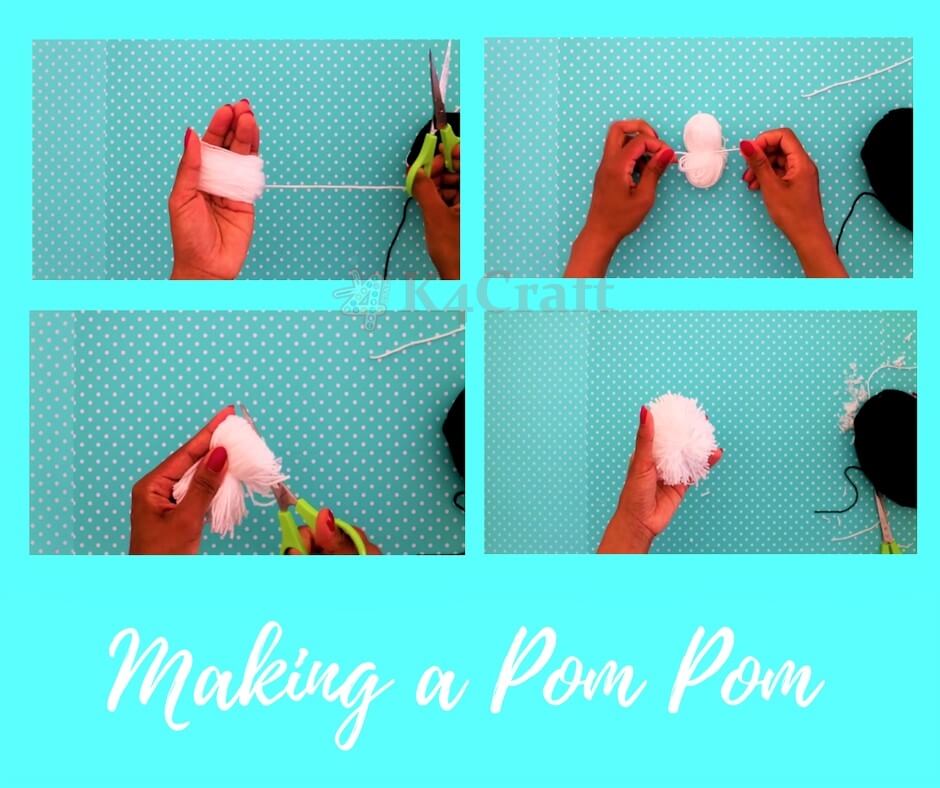 Make another pom-pom the same way. Make it a little smaller than the previous one by cutting off some extra length from the tips. You have made the pom-pom for the head.

Now, let’s make six small red pom-poms for the ears, hands and legs. Wrap the yarn around two of your adjacent fingers approximately 150 times for these pom-poms.

Lastly, make a black tiny pom-pom for the nose by wrapping the yarn approximately 50 times around one finger. 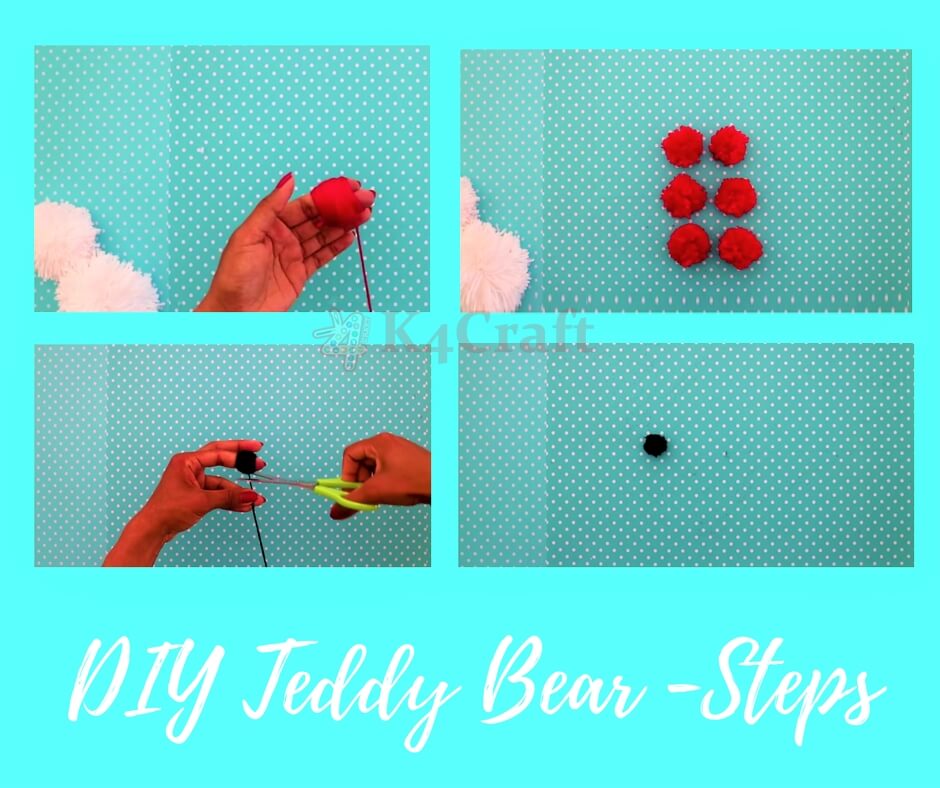 You have made all the pom-poms for this DIY Teddy Bear. Now, stick them together using a hot-glue gun. Don’t forget to add the wiggle eye stickers too! 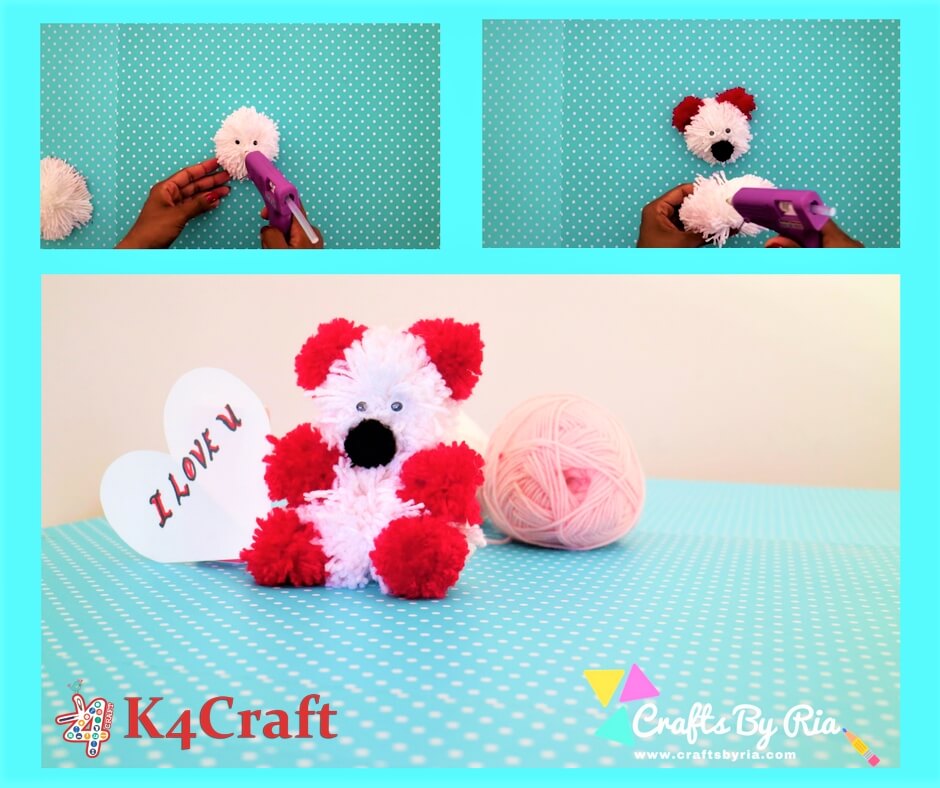 That’s it! You have made your own cute little Teddy-Bear

This DIY Teddy Bear makes a perfect gift on Valentine’s day, Birthdays or any other special occasions.

Pin it to show your love. 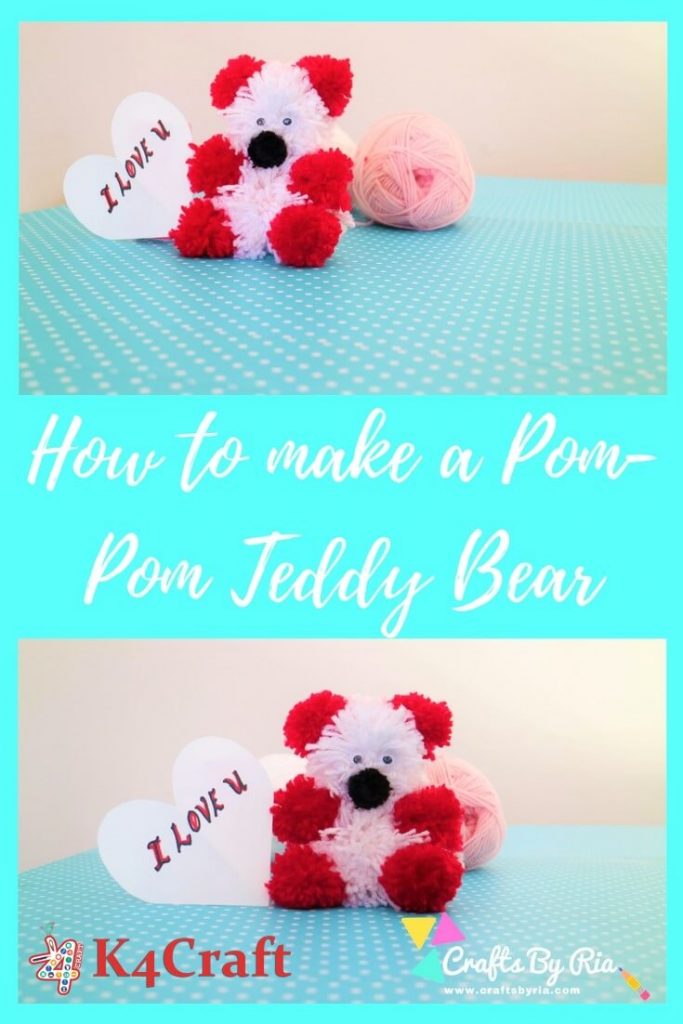